Games Board Members Must Play: How Your Nonprofit Leaders Can Help or Harm You 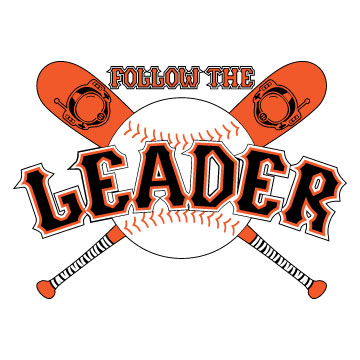 The absolutely most important game a board member must play is ‘follow the leader.’ In my last post series on “The 3 Ways We Go Wrong Asking Nonprofit Boards to Help Raise Funds” I spoke of the unique job board members have as role models. A growing body of research shows that human beings are, first and foremost, social creatures.  We use the brains of others to think for us and as storage space for our knowledge about the world. In considering whether and how to get involved with any nonprofit, people will look first to the board for guidance.

We ignore this at our peril.

We develop and learn about the world around us through the filter of other people. Board members are the filter through which others in our community will view us. The New York Times columnist David Brooks, author of “The Social Animal,” notes that we are not separate individuals but “emerge out of relationships” and are deeply formed and shaped by them. He states that “people learn from people they love.”

If we really want to change things we need to understand how people behave. It was Aristotle himself who first described humans as “social animals,” and indeed his observation from 350 B.C. has been borne out by the field of evolutionary anthropology. According to the authors of I’ll Have What She’s Having: Mapping Social Behavior, we are a ‘we’ species, not a ‘me’ species. People tend not to think for themselves; they follow the lead of others whom they respect and admire. We are products of a herd mentality.

The positive thing about us social animals is that we are hard wired to coalesce in groups. Today modern psychology and neuroscience reveal that the human species has just as much of a capacity for empathy and altruism as they do for selfishness and greed.  Frans deWaal writes of this in The Age of Empathy: Nature’s Lessons for a Kinder Society, and Darwin talked of survival of the most empathic when speaking of communities. Significant work by the Greater Good Science Center in Berkeley, led by Dacher Keltner, also supports this notion. Work in the field of developmental psychology reveals we possess a neural capacity for empathy that guides us from the day we are born. As babies, we cry at the sound of another baby crying. We are attuned to each other’s emotional needs. We want to help one another.
At the same time, we’ve a tendency to pay tribute to the alpha male (or female) within the group. We look for guidance… power… strength… authority… leadership. And, if you will, the board represents the alpha males in your group/organization/community.
Simply put, what the board does matters. It matters a lot.  Foundations and businesses will ask what the board is doing before they commit.  Potential individual donors will decide how much to give based on the size of gifts committed by the board. New board members will decide whether they can abstain from fundraising based on the level of involvement in which they see existing board members engaged. And so on. We want to follow the leader.
Without a board that leads by example it will be extremely difficult for any social benefit organization to survive and thrive. You see, it’s not what we say that really matters.  It’s what we do.  People won’t magically fall in line behind us just because we have a good case for support.  Lots of organizations have a good case for support.  People will line up behind a leader way before they’ll step up to the line on their own.

It turns out that influencers have tremendous power and clout. Authors like Malcolm Gladwell in The Tipping Point, Duncan Watts in a series of publications on social networks, Nicholas Christakis in Connected: The Surprising Power of Our Social Networks and How They Shape Our Lives, and Stanley Milgram who developed the notion of “Six Degrees of Separation” (though he did not use that phrase himself) teach us that networks matter, and that some folks within networks are more influential than others.  These are the folks we want to bring onto our boards.  And these are the folks we want to be sure will use their influence on our behalf.

Influencers influencing; this is the most important role board members can play for our organization.

Do you have a good way to help your board members step up to their role as influencers?
Other posts to help your board members embrace their leadership role in fundraising/financing:
5 Little Understood Factors About a Board Member’s Role
The Shocking Thing Board Members Do and Why It’s Your Fault
The 3 Ways We Go Wrong Asking Nonprofit Boards to Help Raise Funds – Part 1
How to Be a Successful, Fearless Fundraiser in Just 3 Simple Steps

Boards and Fundraising: Both Reasonable and Unreasonable
Psychology of Giving: Influence Your Affluence by Using the Science of Persuasion

How to Craft a Nonprofit Board Orientation Strategy
April 7, 2022

How to Craft a Nonprofit Board Orientation Strategy
February 10, 2022

How Do You Keep Former Nonprofit Board Members Engaged?
December 27, 2021

Read This if You Know People who Hate Fundraising
August 5, 2018
How to Handle Nonprofit Boards Who Won't Play Nice
March 10, 2016