Story+Customer Experience+Voice = Community
The Giants embraced social media during a time of magic for the team in 2010.  The franchise hadn’t won a World Series in 54 years. Finally, it was all coming together in an exhilarating way.  And social media was there to share the thrilling tale with fans all over the world.  From the Giants’ foray into social media come three take-aways:
1.  BUILD YOUR STORY WITH YOUR FANS
What’s more shareable than a great yarn? In 2010 the Giants, with their fans, became social producers building something akin to a round robin tale. With everyone adding in, they succeeded in crafting a story people wanted to talk about.  AT&T Park filled with “Fear the Beard” signs; the slogan “There’s Magic Inside” created an aura of enchantment.
2.  BRING YOUR CUSTOMERSINTO THE EXPERIENCE
When fans become a part of your story it creates community.  Like-minded folks connecting with something they believe in. Good social media directors are directors of customer experiences, figuring out what fans want; then translating this into a win/win. Fans want to see their players on the All Star Team. The franchise does too. So the Giants successfully rallied their fans to vote local favorites onto the team through social media — one example of a natural alignment between franchise and fan desires.
3.  FIND YOUR VOICE; LISTEN TO YOUR VOICES 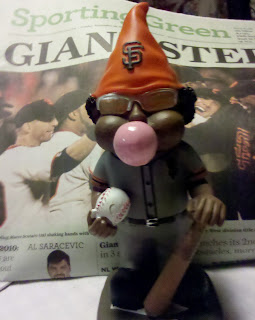 Giants fans have a real voice, echoed by the social media ‘voice’of the team. Fans shared 40,000 photos on Instagramin the past two months! You learn a lot this way about your constituents and what moves them. The result? The Giants have had a sell out streak ever since beginning with social media and co-creating the experience with their fans.
When you align empathically with your customers it’s a game changer. Social media – not as a tool, but as an attitude — provides social meaning in a chaotic world.
See the full post published on Windmill Networking
2 Comments